I'm in Oaxaca at this moment. Carolyn and I have SIX performances she's booked in Mexico.

But today, I must tell you about my two-week run of HICK: A LOVE STORY in Baltimore, at the Theatre Project.  This run was a result of the work of my booking agent Lesley Hart, and the theatre's director, Chris Pfingsten.  Thank you thank you.

First, I visited my oldest friend in Gettysburg -- we call each other Lady Dear or LD for short (a very complicated story involving the world's cutest old waitress at Louis's in San Francisco).  I mean she's not my oldest friend in GETTYSBURG.  She's my oldest friend in the WHOLE WORLD.  We were put together as roommates when we started college.  Here's me in the bathroom of LD's gorgeous pre-Revolutionary stone house in the countryside. 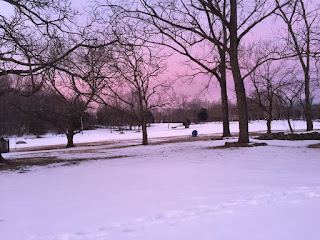 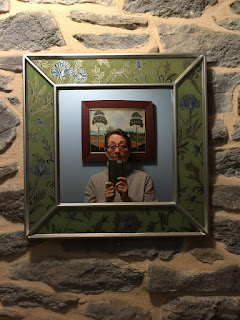 Yes, SNOW!  Very exciting for me, but they are so OVER it.  Apparently, it's a drag to shovel.  Who knew?


I arrived in Baltimore and did a lecture with slides on Lorena Hickok and Eleanor Roosevelt at the Baltimore GLBT center.  Me with their director, Jabari: 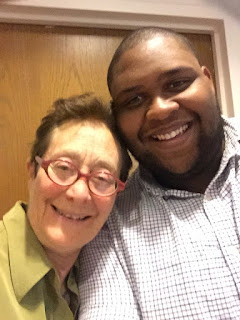 Then on to the Theatre Project: 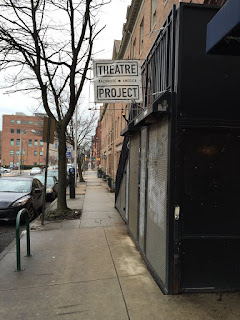 This is a lovely 150 seat theater downtown.  Got a great interview about HICK in the main daily, the Baltimore Sun -- one of the best interviews I've ever had:  Click here to read.

We had created a transportable set for our NY Fringe run of HICK.  This was Carolyn's brilliant idea and executed by our set designer, Vola Ruben and our graphic designer, Bill Selby.  So we shipped the set to the Theatre Project via UPS.  This photo isn't under the real theater lights, so it doesn't look quite as wonderful as during a performance. 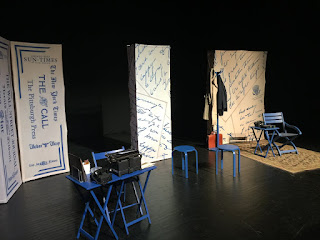 ANYHOW, opening night had a small house, but the audience was very enthused and cheered at the end.  On the second night, I actually experienced BEING Hick for the whole show.  It was just, "Congratulations, Terry!  As a reward for all your hard work, you get to be Lorena Hickok for 1 1/2 hours!"  Very wonderful feeling.  I KNEW it wouldn't continue for the rest of the run, but I was still disappointed that it didn't.  I mean, I had a lot of really good performances, but it wasn't exactly like BEING Hick, which was effortless.

Attendance built during the eight performances, with a packed house at the last show.  Lots of standing ovations.  I like those.  After every show, I went out to the lobby to talk to folks.  People were deeply moved by HICK.  And I got...


"Mrs. Roosevelt's  letters are stunning in their intimacy. Hick slowly grows into her role as the keeper of the truth about Eleanor as a sexual and emotional human being. Like the best biographies, the play offers us a hero who has been invisible, but was there all along:  Lorena Hickok or Hick." -- People’s World

"Baum is captivating, in a skilled and nuanced performance.  Hats off to Baltimore Theatre Project, and  a thank-you to Terry Baum for sharing this touching, funny, and excellent character with theatre audiences."  --  DC Metro
"A substantial play that dealt thoughtfully with a host of issues.   A meaty play, a fascinating love story, and to some degree a universal one.  And Baum is good at bringing out that universality." -- Broadway World
NOW, BALTIMORE:
My very generous and charming hosts, Laura and Alex.  They met each other in the Peace Corps in Morocco and are very politically involved and have a huge collection of books on politics. 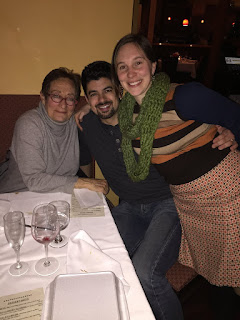 Laura with their adorable pup 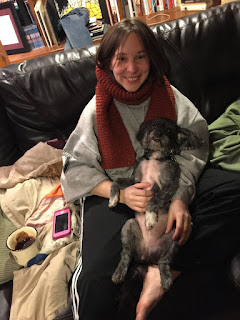 Snow in Baltimore too! 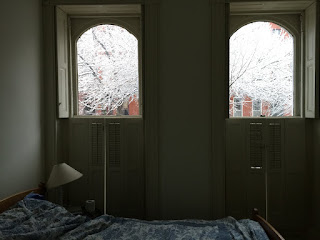 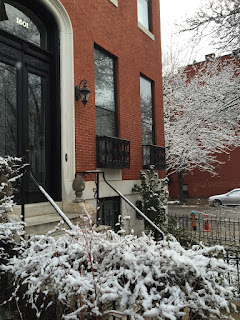 Baltimore Scenes:
The title of this one is "LOOKS MUCH BETTER NOW"  And a Green and Yellow bridge 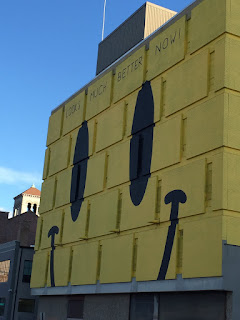 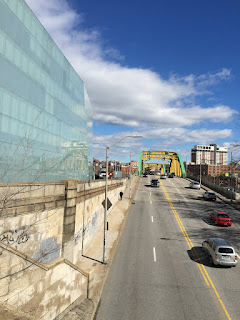 Yes, we are south of the Mason Dixon line.  LOTS of memorials to Confederate soldiers: 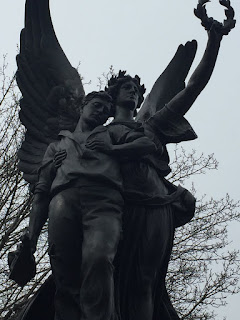 And a monument to Francis Scot Key, who wrote the Star Spangled Banner in Baltimore. This is where he saw the rockets' red glare, apparently from a little rowboat. 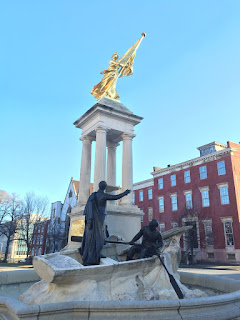 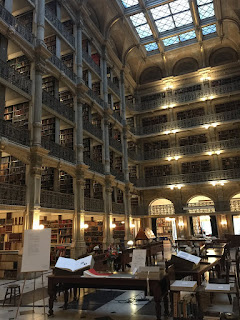 The Baltimore Museum of Art is famous for the largest collection of paintings by Matisse.  But I fell in love with their African collection: 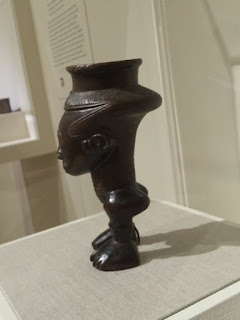 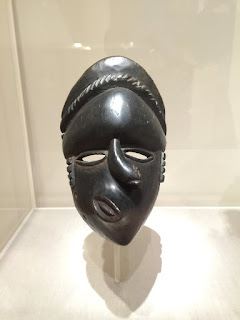 Lady Dear and her favorite quilt at the BMA: 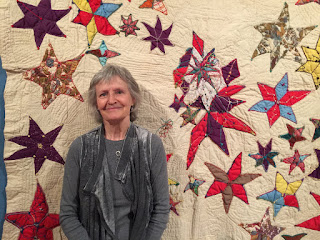 Hmmm… I don't know about this bench.  It's kinda like those signs that say "Drug-Free Zone."  If you have to say it, it's not.  But the folks who live in B'more sure do love their city! 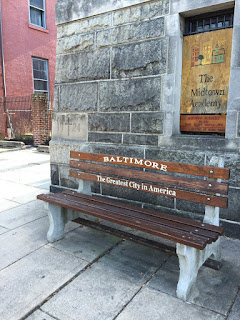 And last, but not least:  My favorite new acquisition:  Egg-Tastic!  I can now make scrambled eggs in the microwave!  Okay, they're a little tough.  But nothing's perfect.  And my Egg-Tastic sure is cute. 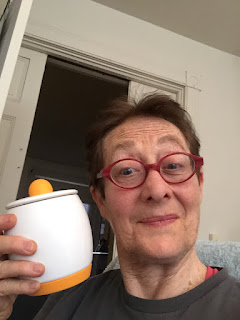