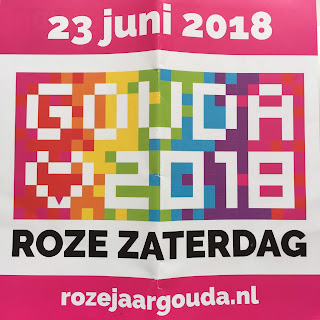 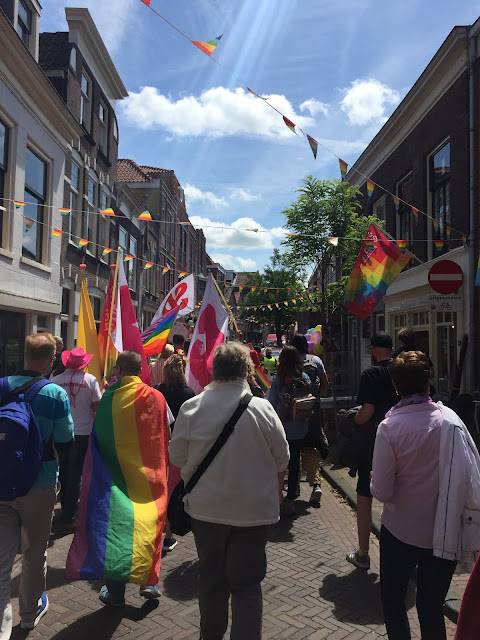 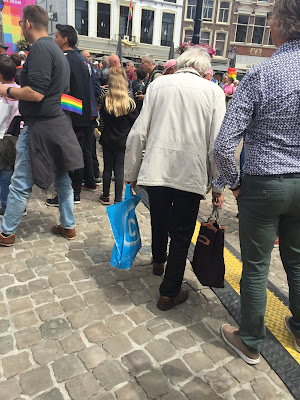 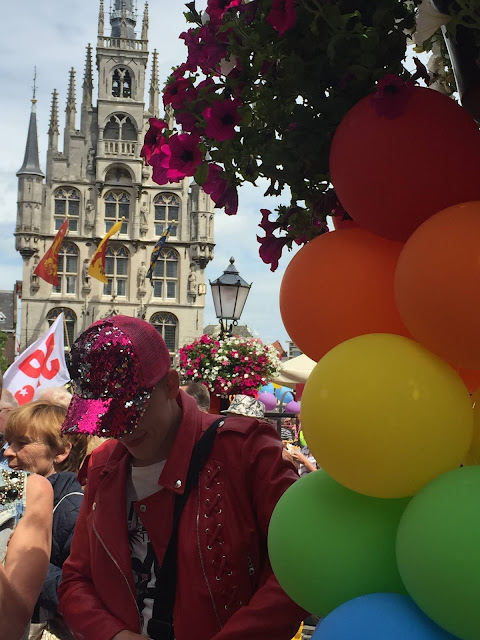 Our short parade ended at the town square with its magnificent City Hall, built in 1450.
Posted by Terry Joan Baum at 7:58 AM No comments: 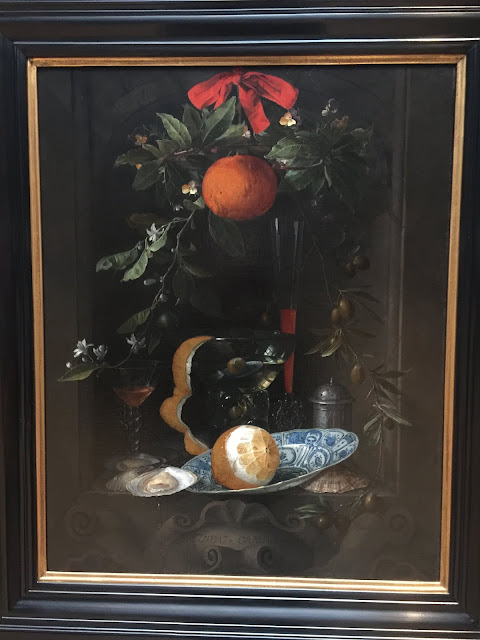 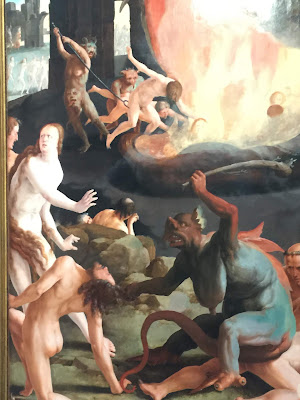 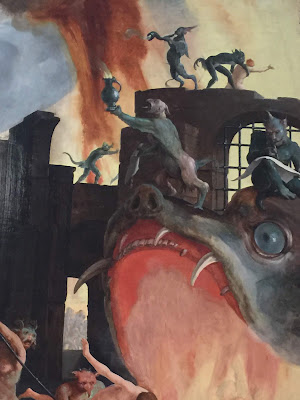 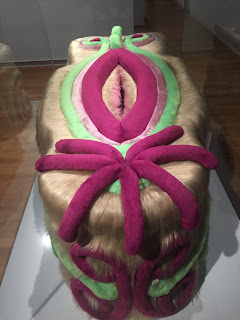 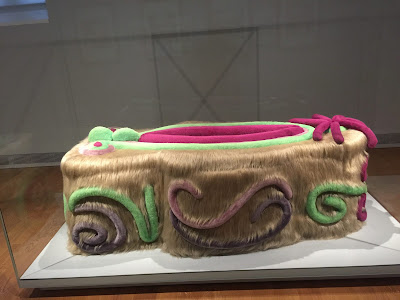 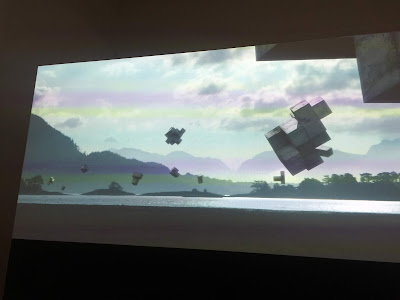 Posted by Terry Joan Baum at 4:04 PM No comments:

There's Something About Blue

When it comes to flowers, I'm a blue freak.  I love bright, strong colors in general.  But I get such enormous pleasure looking at blue.  Why?  I don't know.  But plants with blue flowers take pride of place in my garden.  I have a vine that is supposed to have turquoise berries that Hector, my friend and gardener, has been moving to different places.  One year it had one pale turquoise berry.  Aqua, really.  I will never forget that berry.  Now the vine is on the back fence.  We'll see what happens this Fall.

But now my garden is in its full glory. 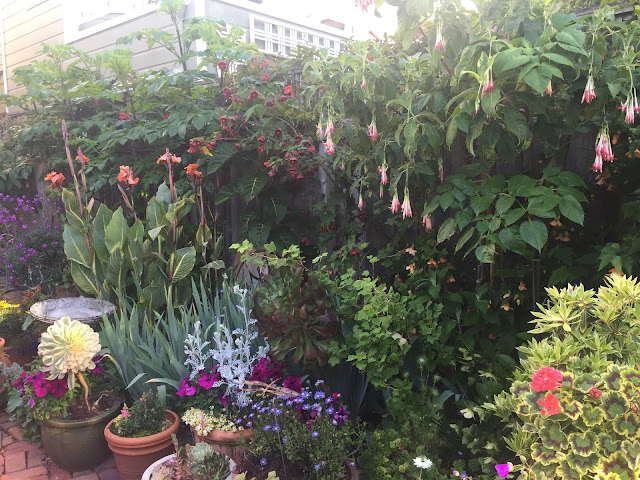 AND HERE'S THE BLUE 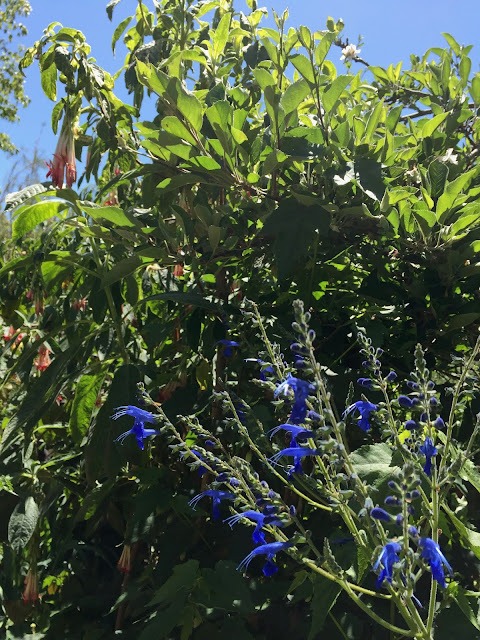 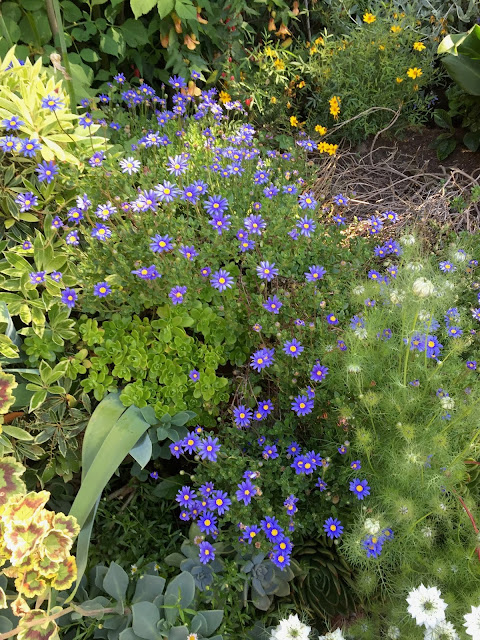 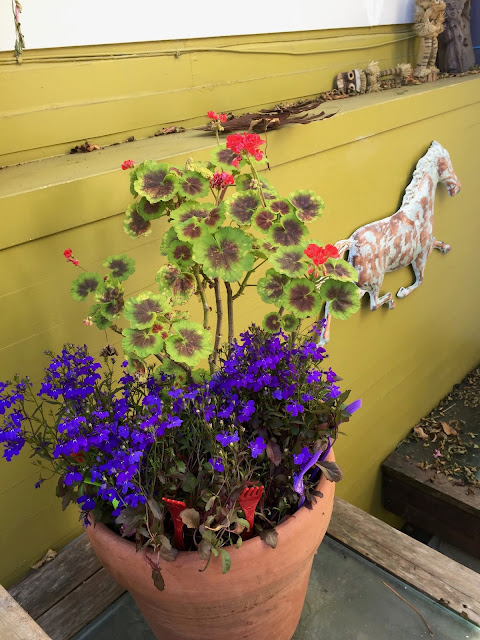 When Calla & LauRose left San Francisco, they FORCED me to take an
enormous amount of plastic silverware, because they couldn't face the prospect
of throwing it all out. I have always resented this, but now finally I have found
a use for their bounty.  This is my strategy for keeping squirrels from
eating my lobelia flowers.   I prefer to think it's squirrels rather than rats. 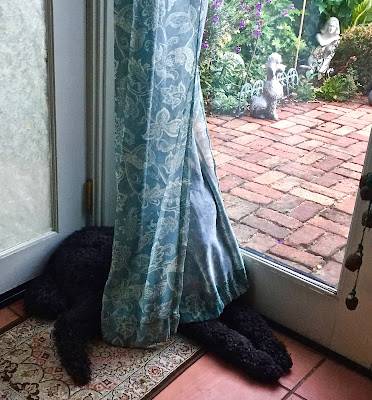 Posted by Terry Joan Baum at 6:04 AM No comments: