REMOVING TRUMP IS NECESSARY BUT NOT SUFFICIENT! VOTE FOR RADICAL CHANGE!

I've been reading Greta Thunberg's NO ONE IS TOO SMALL TO MAKE A DIFFERENCE.  It contains transcripts of her speeches, none of which are long, all of which repeat the same fact:  That the scientific consensus is that we have a Climate Crisis, and we have at most eight years to turn things around.  And after reading many of her speeches, it suddenly hit me:


WE HAVE A CLIMATE CRISIS AND WE HAVE AT MOST EIGHT YEARS TO TURN THINGS AROUND!

We know this to be true, because all the sane scientists are telling us it is true.  We must change radically how we live if our children -- let alone our grandchildren -- are to have a decent planet to live on, a civilization to be a part of.

This is why it makes sense to take the risk of voting/working for/donating to one of the two Democratic candidates who believe in radical change.  That is Bernie Sanders or Elizabeth Warren.  I personally am voting for Bernie because I see he has an ability to electrify (the NY Times's word) voters.  He electrified me in the last chaotic debate when he spoke honestly of the United States' disastrous record of invading unthreatening countries and undermining fragile democracies for many decades.  Amazing to hear a Presidential candidate challenge the reverential attitude that almost all elected politicians (pretend to) have for our country.

So the only rational and compassionate choices are Sanders or Warren.  I am horrified by the way the supposed liberals are going after Sanders.  I fear that the Democratic National Committee would prefer more Trump to the  Party actually moving to the left.  I fear that if Sanders actually became President, the Democratic Party would move to undermine him.  I fear that Sanders will make mistakes if elected and be attached viciously for them.

But I fear far more four years of same old, same old.  We don't have the time for four years of that. Because:
WE HAVE A CLIMATE CRISIS AND WE HAVE AT MOST EIGHT YEARS TO TURN THINGS AROUND!

And now for a little artistic jollity.  I went to a wonderful exhibit at the Berkeley Art Museum of quilts made by  Rosie Lee Tompkins.  She was an African-American woman who lived in Richmond, in the East Bay.  She had a patron in Berkeley who discovered her at a flea market and bought all her quilts.  At least I think that's correct.  unfortunately I'm leaving in a few minutes on a 2-day train journey, and I've procrastinated too long to write this.  So I'll just show you a few of her quilts and call it quits.  It was a heart and spirit-lifting break to see her work. 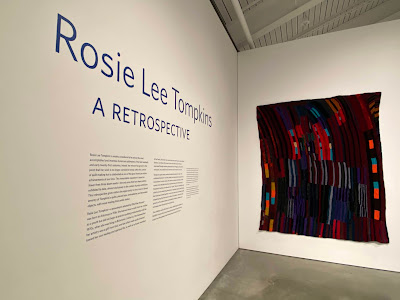 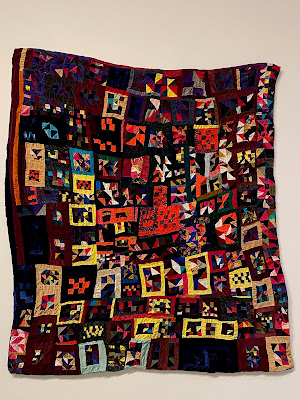 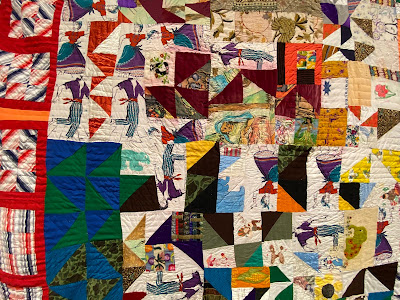 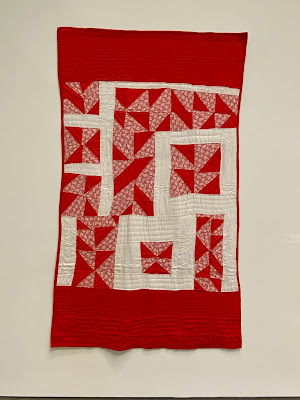 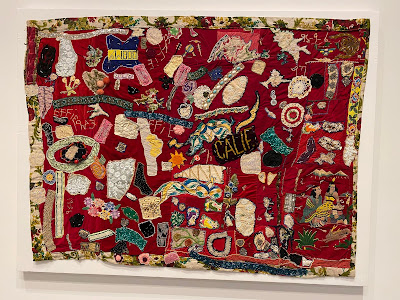 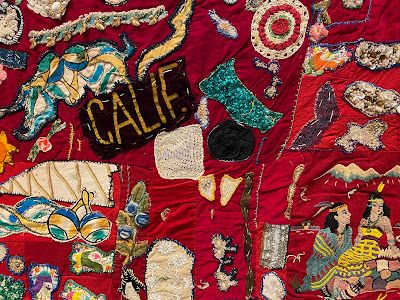 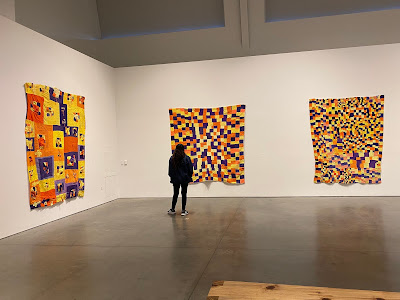 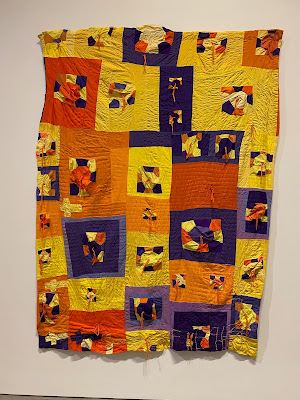 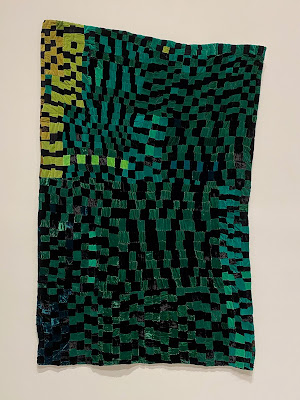 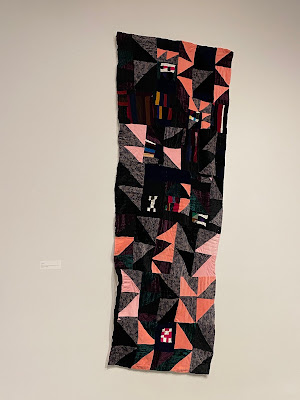