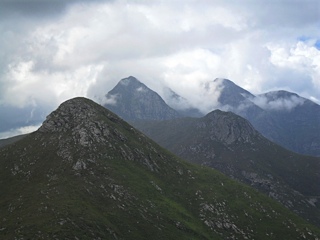 This is a BIG country.  We've had day after day of long drives. 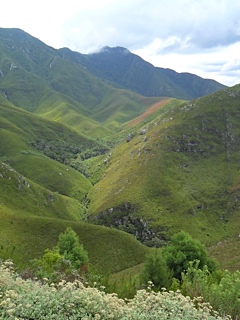 Passing many groups of small pastel houses, rectangular and round, spread across the hills. 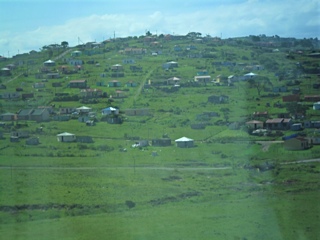 We'd drive through small towns that seemed all black.  Very poor looking, and spilling over with people and life. 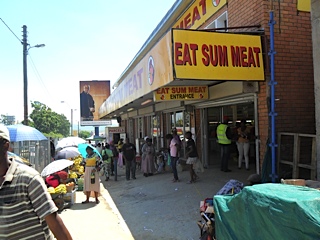 The first couple of times, we said to each other, "It must be market day"  -- i.e. the one day a week when people come into town and sell on the street.  But after a few towns in a row with "market days," we realized it was just "day," any weekday.  We stopped in one town to get water.   I was worried about taking photos.  After all, we were the ONLY people who weren't African.  This was not an environment we'd been in yet.  And, indeed, some people did NOT want their picture taken.  But lots REALLY did!  It was a lot of fun.


Then on to Durban and our hostel, where we met Hlengiwe Buthelezi, who I had contacted through Lesbian Connection, which has a list of Contact Dykes. 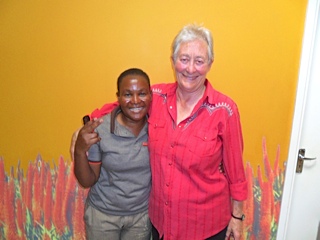 Her first name is pronounced something like "Kling-oo-way," with the accent on the first syllable.   She's a very delightful young dyke, 32, energetic and sharp, who is a dedicated runner.  She won SEVEN GOLD MEDALS at the Gay Games in Chicago!!!  As a result of that, she became a story in the press and…. her mother found out she was a lesbian!  Oy vey.  Not only was Hlingiwe no ready to come out to her family, she thought she would NEVER do it.  As a Zulu whose mother was very traditional … Well, this woman has a life story that needs to be told, now that she's been thrown out of the closet.  She did write a lot about her life, but has stopped now.  She's got to get started again, don't you agree?  If so, please send her an email at  buthelezih@yahoo.com  and tell her you read about her in my blog and want to hear more about her life.

We dropped Hlengiwe  off at her running workout (she does two a day, sometimes three) and headed for the Durban Botanical Gardens.  Magnificent trees.

We happened upon a fashion shoot. 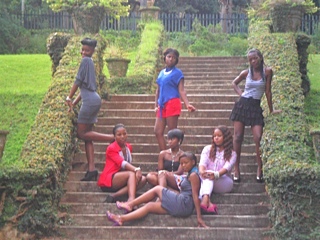 In this very lovely and traditional park… 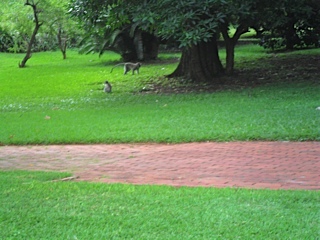 And then we saw that they were the notorious "blue ball" monkeys we had heard about.  Now, when our hostess at the last B&B told us about blue ball monkey who had stolen the camera of a previous guest, I thought she meant that their balls would in some way relate to some color that could possibly be referred to as blue.  But in fact, they're a beautiful almost fluorescent sky blue!  Here's just a little flash.  I couldn't get close enough. 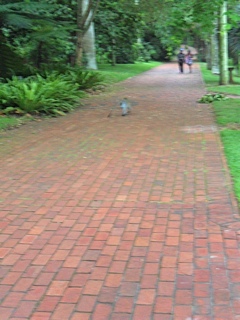 And since we're on the subject of genitals, I saw this in the Ostrich Museum in Oudshoorn: 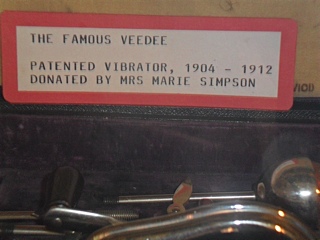 To end on a higher note, here's a beautiful neon work of art on the boardwalk in Port Elizabeth, which had colorful, funny neon "paintings" everywhere!  This is a seascape. 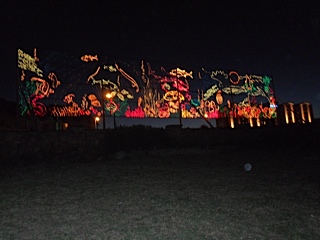